The Senior Girls returned to the school on Tuesday 14th January as Munster Champions. The team travelled to Charleville for the contest and were accompanied by 53 supporters who are involved in the GAA scene in the school. 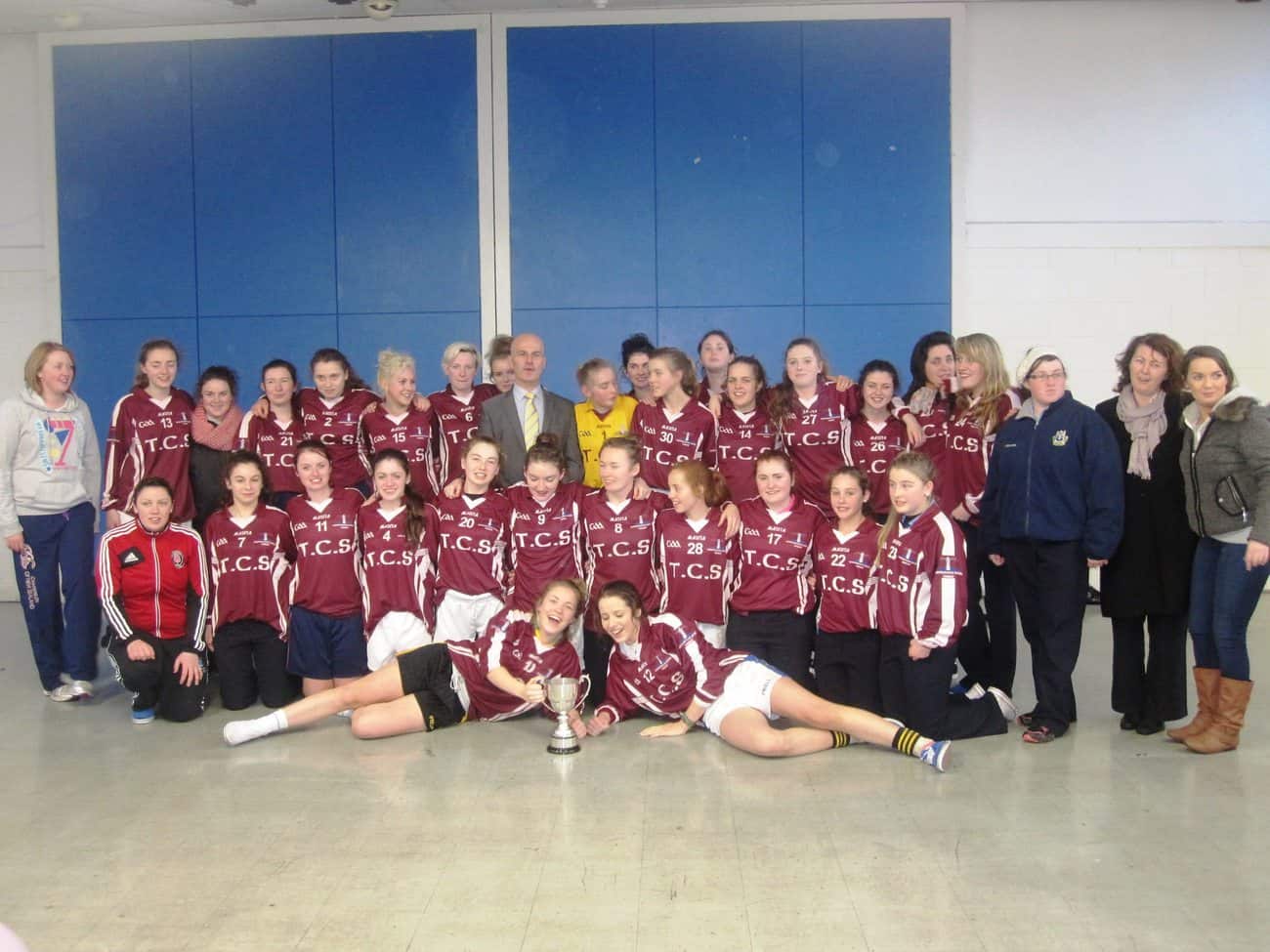 The girls played Carrigaline and at the final whistle the score was 3-10 to 2-9 in Tarbert Comprehensive’s favour. All of the team played their part the victory with many outstanding performances. Congratulations to Niamh Carmody who also brought home the trophy for man of the match. Congratulations of course go to all the team and all involved. A special word of thanks to Laura Lavery the girls coach who has given much of her time to training the Girls GAA teams in the school and also to Mary Carrig who has revitalised the GAA scene for the girls in the school. Many  thanks also to Maria Somers, Mary O’Connor and Aisling Culhane teachers who were involved in the girls progress.